Most Windows users, who have experienced both 8.1 and the newest OS Windows 10, will agree that operating Windows 10 is a relief compared to the previous version. While Windows 7 had set a high benchmark in terms of performance and speed, Windows 8.1 was agreeably a colossal failure in nearly all aspects.

Windows 10 has gained more popularity with its release and owing to the fact that it is free for nearly a year until June 29 2016- even after you have to buy Windows 10, it costs less than buying the upgrade to Windows 8.1. Still, for all those complaining about Windows 10 bugs, a comparison of both versions can’t be amiss. This article is going to give you a few points of comparison between Windows 10 and 8.1, so read on to know what Windows 10 users are missing, and what they’ve benefitted from: 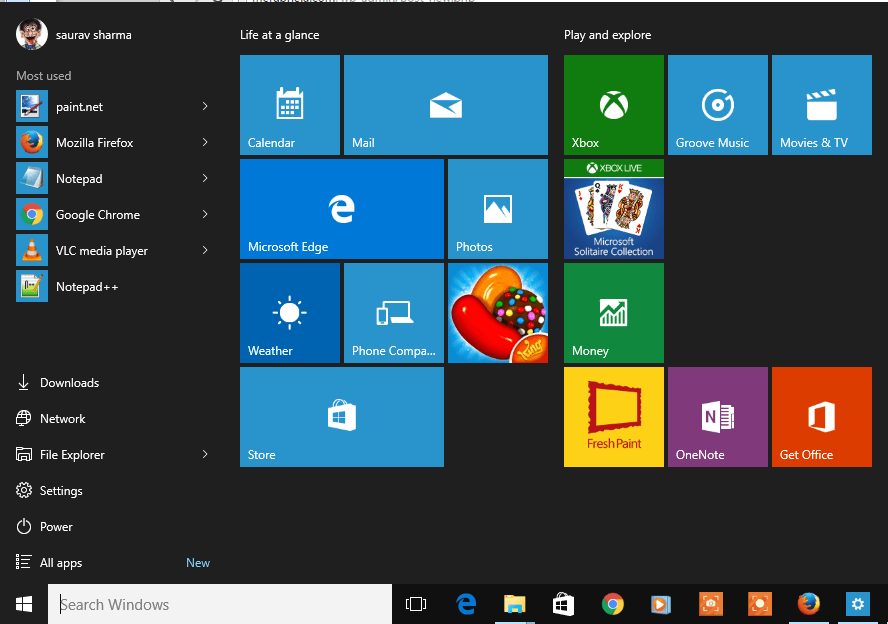 Almost all users would agree that the full screen Start menu on Windows 8 and 8.1 was really annoying. Most of us would have liked to see the Start menu where it’s belonged for all the past versions- on the left hand side of the screen, opening in a rectangular format. The metro tiles replacing the simple option names on the side (like Documents, Pictures etc) would have been a lot cooler if only the menu didn’t open into an overbearing full-screen window, right? That’s where Windows 10 made an improvement. By sending the Start menu back to the left side of the screen in its original size, and deciding to keep the metro tiles option format, Microsoft won over all its users again.

In Windows 8.1, modern apps could only run full screen, or at the most you could Snap it beside another app on the screen. This was quite bothersome to several users who would have liked to juxtapose more modern apps on the screen using Snap, but were unable to. Fortunately, the new improved Snap on Windows 10 comes with the Snap Assist feature, which allows you to arrange and resize up to four windows on the four corners of the screen, and that includes modern apps as well. 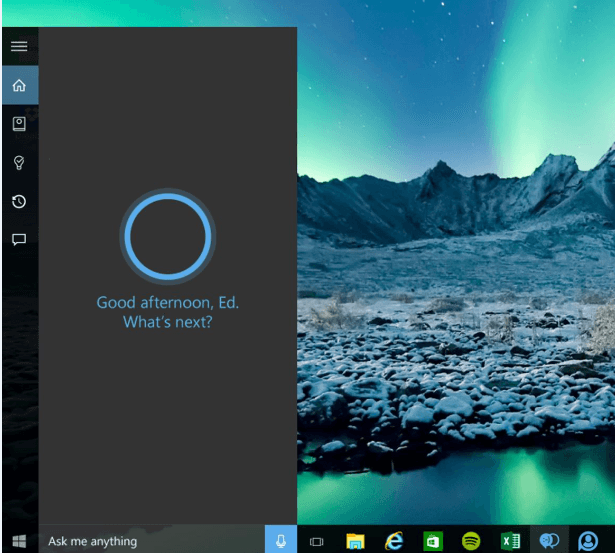 Voted by many users as smarter than Siri and quirkier than the somewhat utilitarian Google Now, Cortana is a new addition to Windows 10, and is exclusive to Windows 10 computers and smartphones. Since Windows 8.1 had nothing close to a digital assistant, Cortana is definitely a welcome addition to Windows 10. This AI will converse with you and tell you jokes, answer your questions, take search requests, set reminders, and will also memorize your preferences and frequent searches to give you customized service. Cortana is a constant digital support for Windows 10 users, her efficiency and accuracy making the AI quite lovable. 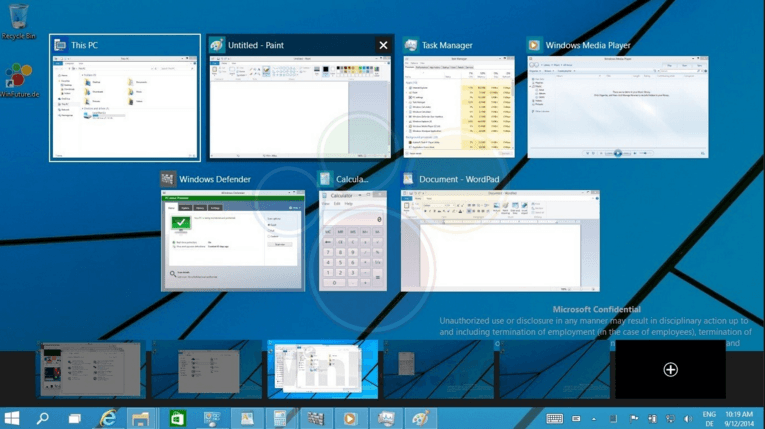 For people who want more than one desktop, this new feature is really useful. Clicking on the button next to the Search bar in the Taskbar will show you all the apps you have running on the currently open desktop. The + sign will enable users to add another desktop, and you can easily switch between one desktop and another using Windows+Tab keys. This concept originated in the Apple OS X, but is a great addition to Windows as it allows users to work on several tasks simultaneously. Windows 8.1 only allowed users to shuffle windows by pressing Alt+Tab keys.

Read: 20 Edge Tips and Tricks One should Know

Another feature that Windows 8.1 lacks, is Windows 10’s new browser, Edge. Edge allows you to edit while on the web page, and is really good in performance capacity and loading speed. But it is true that Edge users have encountered problems with login forms and Internet connections only on Edge and no other browser, so maybe Windows 8.1 without this sleek yet problematic browser, is better off than Windows 10 in this respect.

7. No more hard-to-type commands in CMD

All chances at making typing errors in Command Prompt are eliminated as Windows 10 allows users to copy and paste commands in the Command Prompt window. This was not available in Windows 8.1 and users would have to go through the laborious process of carefully typing out long strings of words, numbers and symbols, trying to make sure they were typing the command correctly. A small error would result in having to do it all over again. So this added feature is definitely a win-win for all CMD users on Windows.

As we can clearly see, Windows 10 does have a few minor glitches, with Edge for instance, but is superior to Windows 8.1 in terms of better settings options, notifications, the cool new voice assistant Cortana, the infallible copy paste method for Command Prompt, multiple desktop facilities, improved Snap, and so many more features.

Improved security measures, better search options, the removal of the Charms bar, and increased interaction between Microsoft and users via feedback, are just some of the minute details that set Windows 10 a level higher than 8.1.

Windows 10 has also proven faster to boot and to shut down when compared with Windows 8.1, and battery life has also appeared longer for Windows 10 devices than for 8.1 version.

A comparison of Windows 10 with Windows 7 might yield some better features or higher performance speed in the latter, but when it comes to comparing with Windows 8.1, Windows 10 is by far better as an OS.