Microsoft’s new addition to its long running line of gaming consoles is the new Microsoft Xbox One. It is loaded with features and hardware that will meet all your gaming needs. Capable of running all the latest games Microsoft’s Xbox one is one of the ideal gaming systems out there.

Every year Numerous amounts of game titles are released under the impression to make it big and have it playing on every console in the market. Though not many games make it, Few are often greeted with wide and open arms by gamers.

These games are always one of a kind and always have something or the other going in their favor.

Similarly many amazing and noteworthy titles were released for Xbox one, among which many are once in a lifetime experiences offered by a digital medium such as gaming. 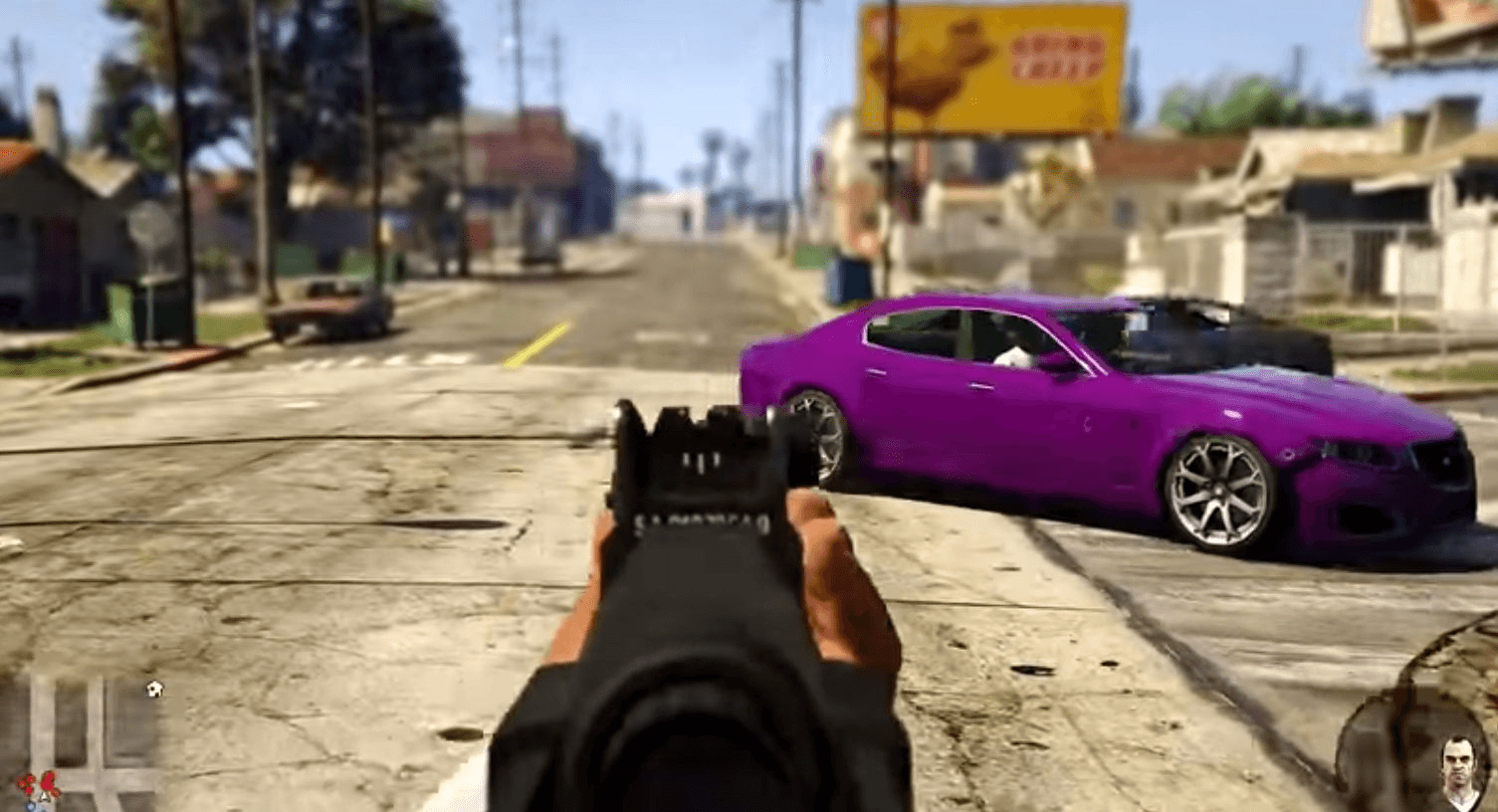 Grand Theft Auto V is the fifth installment of Rockstar North in its long running series of GTA games. Grand Theft Auto 5 , like every other new Grand theft auto is packed with tons of features, game plays, storylines and much more.

Grand Theft Auto V is centered around the lives of 3 different characters who you get to choose between anytime during the game and complete the storyline. Each character has its own set of skills and special abilities to help you along the way , is all i can say without giving any spoilers. The game does full justice to its predecessors and is a whole new level in the world of free world games.

Unlike its release on Pc, Ps3 and xbox 360, Grand Theft Auto V for Xbox one is jam-packed with new resources and other features to make the gameplay more immersive. Grand Theft Auto for Xbox one has enhanced graphics for breathtaking visuals and 3D rendering, It also has some new weapons for you to choose from, More collectibles and side missions, Bonus cash and various new features in the online Multiplayer Mode.

Grand Theft Auto V offers some exclusive Xbox One content some of which is mentioned below.

-The map will have hidden Monkey Graffitis all over the city, photographing them will earn you Ape outfits for your character.

-Classic Grand Theft Auto vehicles from previous versions of the venture will be found in this installment of the game, on the request of scores of fans.

-Grand Theft Auto V will also offer you the choice to play the game in first player mode, Something exclusive to Xbox one and Ps4. This opens up a whole another way to experience the game along with different cutscenes.

-Rockstar has also added various side missions completing which would unlock various vehicles and other collectibles, all exclusive content.

-You will also have two new online modes to choose from, death-matches and Races.

Grand Theft Auto V is by far one of the best Free world games out there and is worth every penny to pay for. It definitely earns its place among the Must play games of Xbox One. 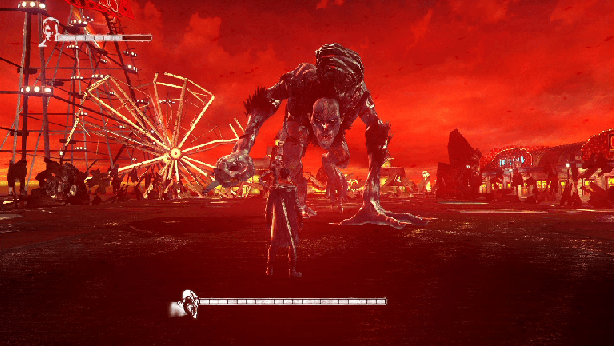 The Devil May Cry series is personal favorite series of mine, having played almost every significant installment of the franchise. The game has been passed through different developers at different releases , The latest release, Devil May Cry: Definitive Edition is made by Ninja Theory, the guys that brought Heavenly sword to you.

The games has had a drastic change compared to its previous versions. Ninja theory decided to change the look of Dante, the pivotal character, around who’s life this game revolves. They also made changes in the environment and give the storyline a different take this time.

Initially fans (including myself) were not happy about the new changes and also the claim of a different combat system in the new installment of the Devil May Cry series. Dante’s new look was met with a lot of criticism which made the chances of the game’s success ever so slim.

But Ninja Theory somehow managed to pull it off. The game came bundled with amazing graphics and a truly mesmerizing combat control scheme. The game was fast paced with new environments based on the same storyline, Dante’s abilities and New moves changed the gameplay and the new controls will keep you at the edge of your seat.

The game has received a lot of attention for its intense action, fast paced gameplay and the easy to use yet hard to master controls that make you feel totally in control of Dante.

The new Dante does full justice to its predecessor with awesome moves and the ever present CareFree attitude.

The game is definitely worth playing, if you have played a game in the series before, things just got better for you, and if you haven’t tried the game at all , then Merry Christmas to you, You are going to love every minute you spend playing this game 🙂 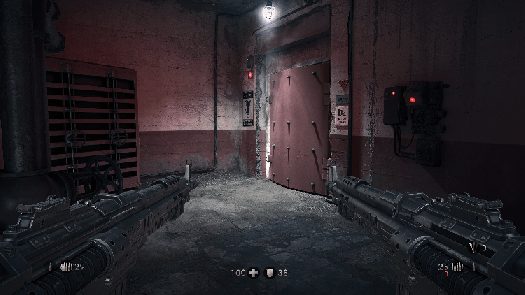 A lot of classic games are often resurrected and then brought down because of the terrible results it creates. Many big names and developers have tried the same task and have failed at it.

Video Game fans are not usually open to new ideas and changes when it comes to resurrecting classic games. Fans try to be as true as possible to the original and any new game that deviates from this path is not accepted at a larger scale.

Wolfenstein : New order , is the resurrection of the first, first person shooter by ID softwares, the original Wolfenstein.

The original game for the first time in that period, placed you as a gamer in the shoes of the protagonist, who held a gun that appeared in the middle, at the bottom of the screen while you searched entire nazi facilities, searching and killing anyone in your way.

The original game was played by millions and loved by billions. The new Wolfenstein isn’t just any other first person shooter trying to make money off of its franchise, it is a very engaging, entertaining and true to the roots experience for any gamer.

The game contains high quality graphics, beautiful textures and amazing new locations. The developers paid a huge amount of detail to the design of locations and other environments as no two locations in the game will ever look the same to you, the high resolution textures and 3D layering of the game will make sure that it creates a surreal experience for you.

The story of the game takes place in the period of World War II, when the war is at its peak. The initial stages of the game will captivate you and then take you towards a false victory all the while planning to punch you in the gut with its brutal reality.

The game will connect to you in more than one way, as every aspect of the game is well thought out of. The side characters will earn your trust in them and make you hate the antagonist nazis of the horrors committed against them, you will be compelled to take your time when killing a Nazi just because the backstory of the character that connects to the antagonist is so believable.

In all, If you are into First person Shooters, You should definitely play the resurrected version of the first of the first.

Destiny is the word that has constricted or maybe guided humans all their life, depending on your perception.

Destiny, takes you in the shoes of the Guardian of the last safe city on earth.

According to the story, Earth at one time was undergoing its golden age, exploring and mapping the Universe. But something went wrong, Nobody knows of, the people were pushed backed into hiding and forced to survive in the shadow of the Traveller. You are the Guardian of this city, with the ability to wield incredible power, your task is simple, To protect and Defend the city while you explore your own lost worlds.

Destiny makes the experience more fun and takes it up a notch with its out of the world weapons and collectibles. Not to forget the mesmerizing environments and different locations the game has to offer.

The game already has a huge fan base which keeps growing day by day. It has over 35+ intensive and engrossing story missions along with 12 strikes to keep you engrossed and get you your money’s worth.

But in the case you do run out of missions and things to do, you can always try the Online Multiplayer option which includes 13 different game modes for you to choose from and 23 different locations. The online match ups will keep you occupied and engrossed for a long time and make you love the game even more.

The most engrossing part about the game is its ability to help create possibilities, different possibilities via different gear and equipment combo resulting in different characters efficient for different tasks, Making Destiny a truly customizable experience.

In all Destiny is a must play game if you own an Xbox one.

If there is one game that UBISOFT is known for by every gamer, then it is Far Cry.

Far cry is long running series of games manufactured by Ubisoft as an open world, choice based game.

Every Far Cry Game will put you in the shoes of an Uncanny Protagonist stuck in over his head, trying to get out. Upon which you will have to make choices in order to make your way through the game on the behalf of the protagonist.

The games are known for their vast maps, different missions and memorable characters. Every far cry game offered the best graphics of its time and Far Cry 4 for Xbox one is no different.

Th game revolves around the life of a character Ajay Ghale, returning to his birth country for the first time. The country is torn between Dictatorship rule and the Resistance. Ajay Ghale’s father, your father, was the head of the resistance movement.

Far Cry 4 offers some amazing locations along the gameplay. The graphics are truely breathtaking and the design is mind blowing. One can easily just spend hours exploring in the game without ever starting a mission.

The game also offers a vide variety of weapons to choose from, vehicles and also animals. Animals in the game can be hunted or animals like the Elephant, can be ridden too.

The game also allows you to fly copters, skydive, hang glide and even visit mystical lands ,all the while trying to free your homeland from the clutches of a ruthless dictator.

Apart from that it offers you online Multiplayer gameplay with different gamers from around the globe to play in the same map as you do. You can chose from different game modes and play according to your liking.

Far Cry 4 is a personal recommendation of mine as it is an experience like no other, you will find things in the game that you will always look forward to, even if it is the funny yet weird RJ of your home country , Mr Ravi Ray Rana.