In the recent times, there has been an increasing demand of internet all over the world. This has given an impetus to the Internet Service Providers (ISP’s). The ISP has now forced the policy of Fair Usage Policy (FUP) to their users. By the rules of FUP, a user is confined to a given speed in a capped data. As soon as the user exceeds the usage of capped data, speed is reduced to a smaller data transfer rate. For example, if a user has a FUP of 10 GB @ 8mbps, he/she can use the speed up to 10 GB only, after that it would be reduced to 512kbps or the speed mentioned by the ISP.
To increase the data transfer rate, the user has to pay extra fees to obtain the higher speed. To overcome this scenario of capped usage, Microsoft has come up with the idea of Metered Network Connections in Windows 10.If you have an access to unlimited data usage without any reduction in speed, Windows 10 will use the significant amount of data but in case of limited usage relating to downfall in data transfer rates, setting up a Metered Connection will permit you to measure the amount of data usage and make necessary changes to preserve data usage for a longer period of time.

How to enable Metered Connection in Windows 10

Click on start key and click  “settings” or press windows key + i to directly open settings. This will open the System Settings app. 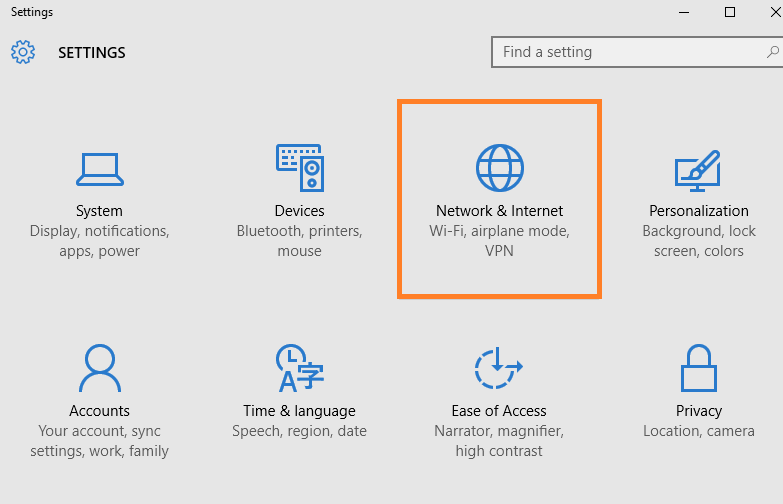 Go to the “Network & Internet” section. In the Wi-Fi section, you will observe the name of the network you are currently connected with. 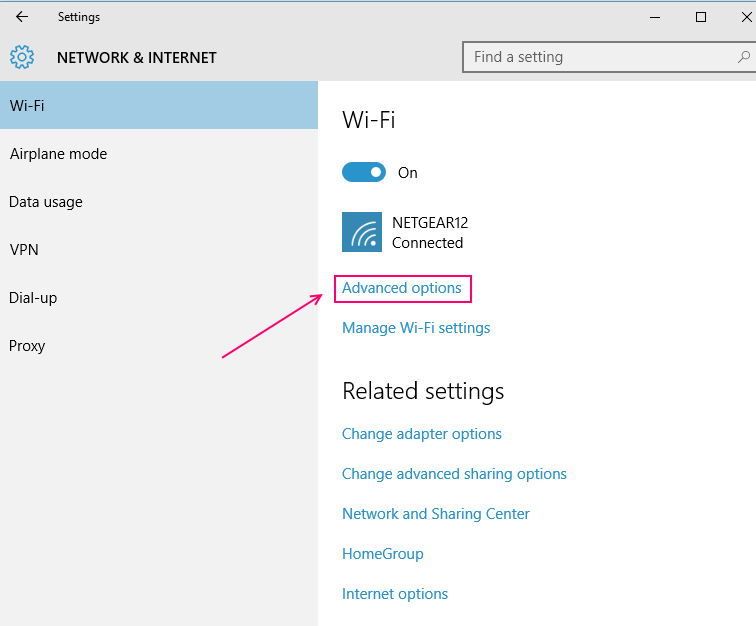 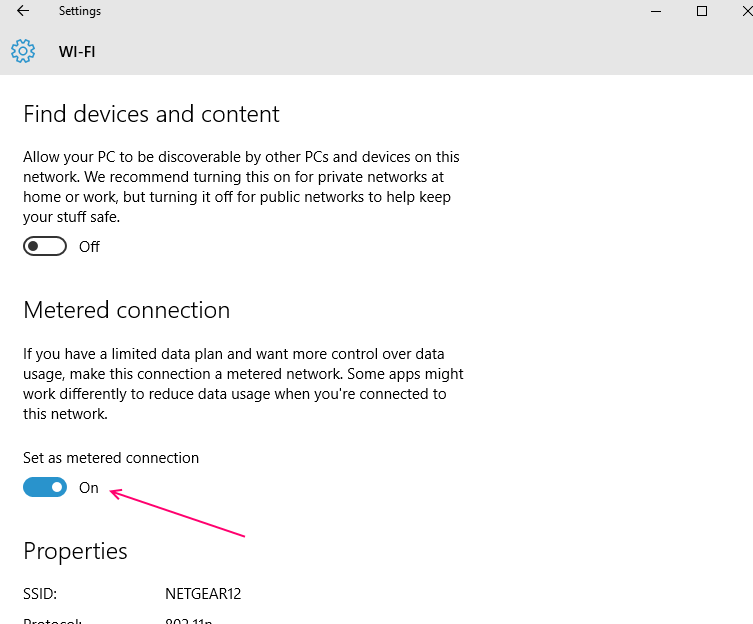 Now, the Wi-Fi network will work as Metered Connection.

Note:- If you want to disable it again, just turn it off again.

What happens during a Metered Connection?

When you change your network settings from “Unlimited” to “Metered Connection”, the following changes are made:

Which connection should be made as a Metered Connection?

1 thought on “How to enable Metered Connection in Windows 10”