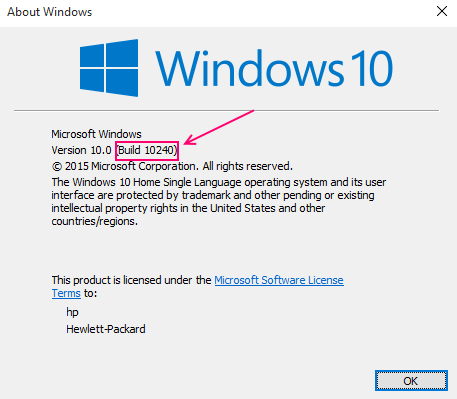 More information can be obtained in detail by pressing the following command line given below:

The ‘systeminfo’ contains information related to the operating system and its hardware properties.

The rest information can be omitted and the relevant data can be displayed using the following command (If you specifically want only Build Number):

Registry in the windows 10 contains all the necessary information related to application softwares, system softwares, hardwares and programs in the operating system. The functions of the registry are similar to that of a database. To detect the information about the version, one has to do follow this method:

Type “Windows Key+R” on your PC/Laptop.

The Run Dialog Box will arrive. Type “regedit” in the command line. This will open up the Registry Editor.

Proceed to the following Registry Key which is described below:

In the right column, you can extract all the information regarding the build number and version of Windows 10. 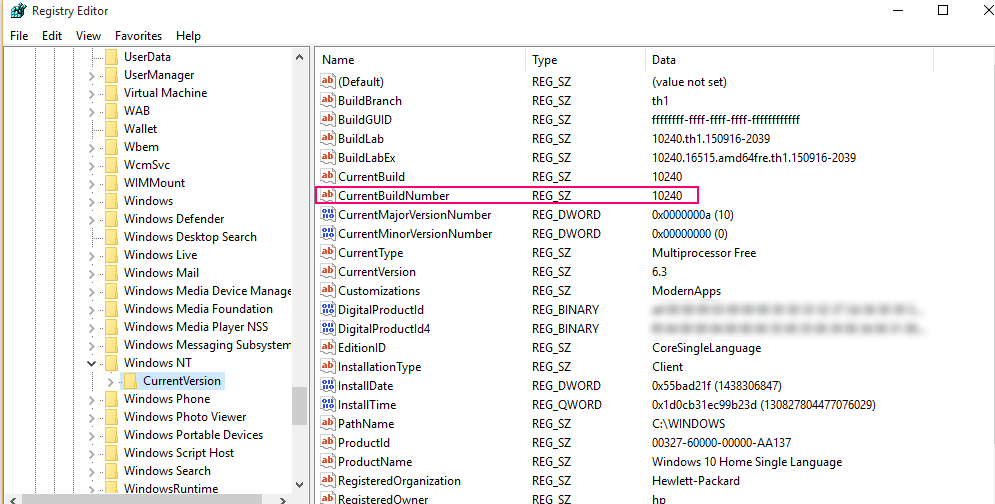 I hope the steps stated above will provide useful results to the users who are new to Windows 10 as this would also make people aware of which version of Windows 10 are they currently using.