Keylogger are dangerous programs which the hackers install on anyone system to sniff password, credit card details etc. It stores every keystrokes of the person using the computer and thus in a way provides hackers some of his most important information. Some friends also install keyloggers programs just for the sake of hacking facebook password etc. Whatever be the case if you are using a computer having keylogger installed, you are at serious risk of loosing sensitive information which can lead to financial loss also. Even if its your computer, it may have been used by some creepy friend of yours who have wrong intentions to steal your data.

Below is a sample keylogger generated txt file and you can easily see how much capable it is to extract what you type on your pc.

Some people say that, its easy to find keylogger by searching for .txt files in program files, but its not true. The hacker may have delete it after sending it online. Also file formats can be manipulated.

Read: How to make a simple keylogger yourself in windows

How to detect if a Keylogger is installed on my system?

Here i am giving you simple and easy to use steps to detect any keylogger software installed on your PC.

First of all Open Command Prompt. 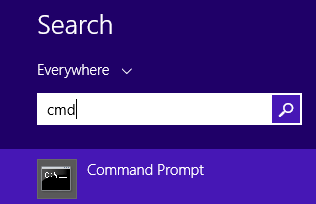 Now Type the following command given below  in your CMD window and press enter. 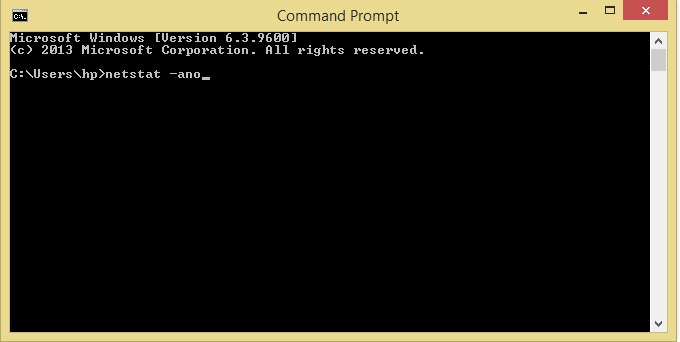 Once your press enter several things show up in your command prompt. 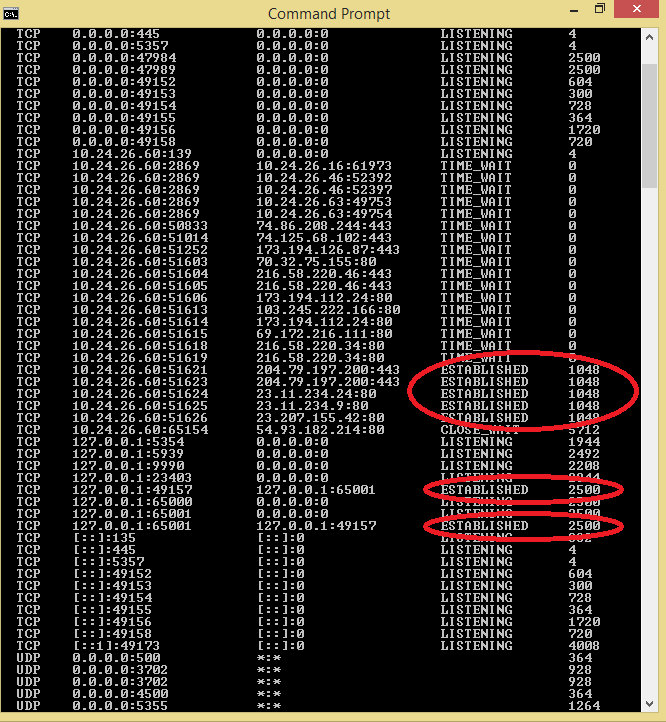 Now you will receive data in 5 columns. We are only concerned about last two columns. You have to Note down those PID whose state is established.

Here in above screenshot i noted down two PIDs which says established, the first one was 1048 and the second one was 2500.

Now PIDs may differ in your case and you have to note down your PID for yourself for further scrutiny.

Now Open your task manager and go to details tab.

Now we can clearly see explorer.exe having id of 1048. Since it is an important system service, we can easily say this is a safe essential program.

Now when i scrolled back again and tried to find out process with PID 2500. 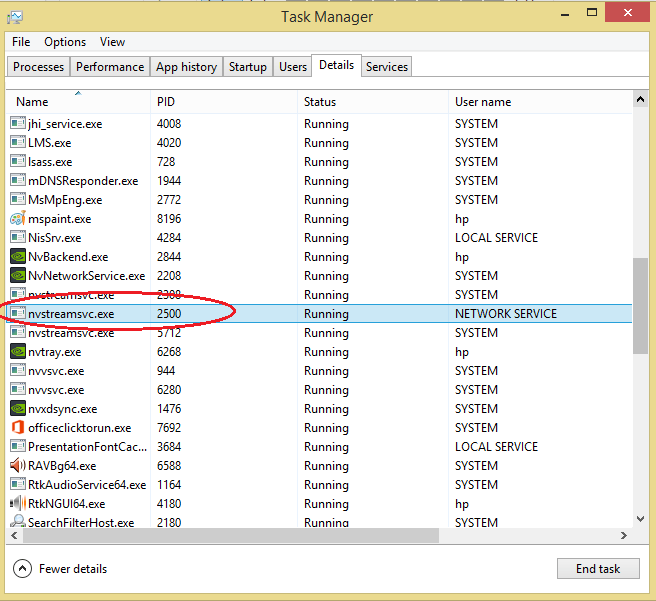 I found out that nvstreamsvc.exe is running. since i did not know for what this is used for, first of all i opened the file location and also did a google search of the file name.

What i found out is that it was a program needed for gaming and was installed by nvidia for graphics. It was also safe but since i did not needed it i uninstalled it. It turns out that my computer is not infected with a keylogger program.

Is your computer infected with a keylogger software, you follow the above steps and see for yourself. Feel free to comment about your experience or any other important findings you come across. I am more than happy to answer your queries.

Alternate ways to be safe from keylogger without checking

If you are not sure and you don’t bother to check if keylogger is installed or not on the pc which you are using each and every time, try using online keyboard for filling passwords. Its a keylogger safe method. They can not track your mouse activity. You can also opt for multiple sign in methods for further protection enabling 3rd party devices like phone or usb.

Another very good way for safety is to use safe mode with networking. Safe mode with networking allows only windows system files to run and stops every other thing. This is a good way to use your windows computer if you want to play it ultra safe. Although safe mode is used for debugging and system repair, but this is also one of its great functionalists which most people chose to ignore.