Xbox game bar is a boon to all the gamers who want to capture, record the screen and chat with other gamer friends while playing their favourite games. Many users have reported that they are finding it irritating that the Xbox game bar consistently captures the screen by recording it till the gamers play their games.

It is also consuming most of the space of the system for storing all the recorded game clips which are not all necessary to users. It is actually tedious work for users to keep checking which of the clips they need and which need to be discarded. This is making them frustrated.

What is more annoying is when they go to uninstall the Xbox game bar on their system, they are unable to see any uninstall button to remove it. After researching some information on this matter, we have gathered a solution for removing or disabling the Xbox Game Bar in Windows 11 system using the steps explained below in this article.

Here are the steps on how to uninstall it using the PowerShell command.

Step 1: First, press the Windows and I keys together to open the Settings app.

Step 2: In the Settings app, click the Gaming option in the left panel.

Step 3: Then select the Xbox Game Bar option on the Gaming page. 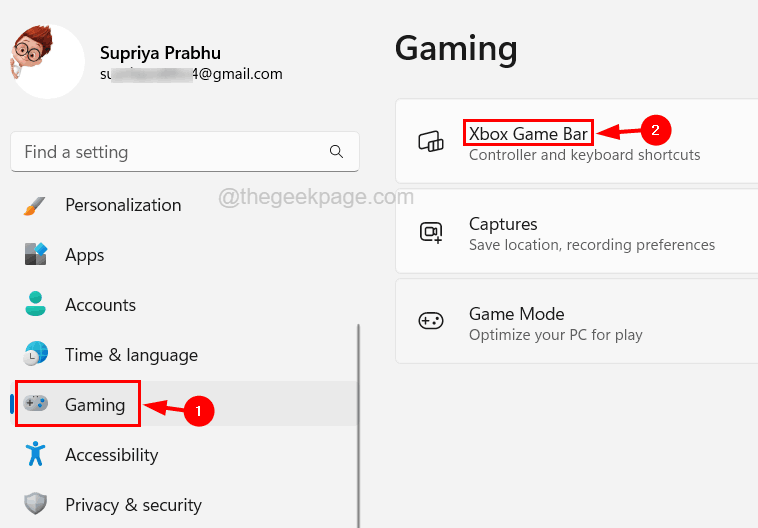 Step 4: Next, click on the Open Xbox Game Bar using this button toggle button to turn it Off as shown in the image below.

Step 5: Once it is done, close the settings window. 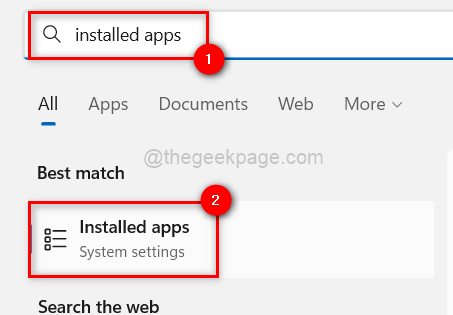 Step 7: Once the Installed apps page opens, type xbox game bar in the search bar and click the three-dot menu of the Xbox Game Bar from the search results as shown in the below screenshot.

Step 8: Select the Advanced options from the menu list.

Step 9: On the Advanced options page, scroll down and select the Never option from the dropdown menu of Background apps permissions.

Step 12: After this is done, you need to open the PowerShell window.

Step 13: To do so, press the Windows and R keys together and type powershell in the textbox of the run command box.

Step 14: Then press the Enter key which opens the PowerShell window on your system.

Step 15: Now type the below line in the PowerShell window and press the Enter key.

Step 16: After executing this command, the Xbox Game Bar will get removed from the system.

Step 17: Close the PowerShell window once you are done.

Step 18: In future, if you need to install it back, you can go to the Microsoft Store app on your system and search for Xbox Game Bar in the console and install it from there.

Hope this article was informative! Please let us know in the comments section below.