Whenever a process or a running program freezes, we launch the Task manager, find the process, right-click on it and select End Task to kill it. As much as the process is known, at times it doesn’t help. You could click on End Task but it wouldn’t respond. Perhaps, the instruction given to the system was not sufficient to force end the task.

The possible solutions to this issue are as follows:

Obviously we know it wouldn’t work. Why else would we try to use the Task manager to try killing the process. But let the system catch its breath in a while and try again. Should it work, you might consider uninstalling the program especially if it is a redundant freeware.

The Taskkill command in Command Prompt is similar to the End Task option in the Task manager. However, the difference is that it won’t be affected even if the system is slow and we could “force” this command.

1] Type Command Prompt in the windows search bar and when the icon appears, right-click on it and select Run as administrator. 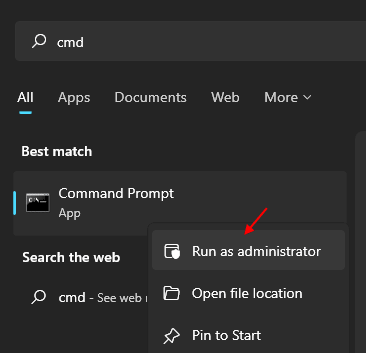 2] Now, Type Tasklist and Hit Enter from your keyboard.

3] Note down the name of the program from image name column.

While the command should be helpful, in the rare case that it doesn’t work, we could try the following solution.

Note: Shutting down the system forcefully is not recommended unless there’s no other option left

1] Click on the Start button >> the power symbol >> Shut down or restart.

2] Click on OK for any warning indicating unterminated programs.

If the system is too slow to be shut down in this manner, use the Power button to shut it down forcefully.