It is no longer going to be  the era of the physical micro or nano sim cards which you currently have in your phones. New types of electronic sim cards are going to be launched in the market,which Apple and Samsung have decided to adopt. These sim cards will prove to be lot more easier and faster for the switching carriers and have lots of advantages over the physical sim cards. Here, we will unravel some of the hidden mysteries behind the eSim and see whether they will be actually helpful and efficient as they claim themselves to be. Many other companies, such as AT&T, Vodafone, Orange and Verizon are also adopting to eSim. 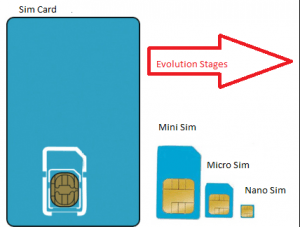 What actually is eSim?

What are the advantages of eSim?

If you wonder why companies should go after eSim opposed to that of the easy to use physical sim cards, here you go. They possess various advantages:

Whenever you land to any foreign country,you can keep making use of local lines and receive calls through them as if you are still at home. Wondering how? There are already certain devices like Samsung Gear S2 smartwatch which has built in sim cards like those of eSim.They allow you to  connect multiple devices to be used as a phone, irrespective of their size. eSim is going to contain two parts – one for tablets,wearables and devices, while the second part explores Smartphones.The first part will help you to connect multiple devices to a single plan, even while keeping up with the carrier you have chosen. The second part will probably be revealed by the end of 2017.

The Telco Profiles in eSim

The eSim is going to hold profiles of multiple telecom companies, which would help you to obtain lines from various different carriers. This is going to be exactly like how you are holding two or three sims in the same device. Multiple profiles of various companies can run simultaneously ,but only those which you are currently using will be activated.

How To Get A New Line For Your Device?

If the smartphone or tablet is directly bought from a carrier, you can program it right away from the store. If you are already equipped with one, then the carrier will automatically set up websites and apps for you when you switch on to a new line.

Hope you found this useful!