Xbox Gaming console has a variety of games to test your skills and provide entertainment. Like its rival the Sony Playstation, the Xbox has a host of features apart from just playing games. There could be certain moments in the game that the players want to share with their friends. These could be some important points like finishing a boss fight against a super tough AI, discovering a new location on the game map, etc.

Xbox Series X and Series S allows you to record the videos and share them on various social media platforms to showcase your gaming skills to the world. The Xbox controller now comes with a dedicated share button to instantly record a video or take a screenshot so you can record and continue your game at the same time. There are multiple ways to do this as well. You have the option to record the last few minutes of your gameplay start recording from a certain point or just take a screenshot of the current game screen.

Step 1: While playing the game, press the Xbox button on your controller. There will express menu related to capturing and recording coming come while you play the game along with menu options. 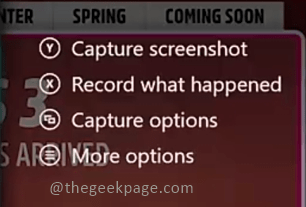 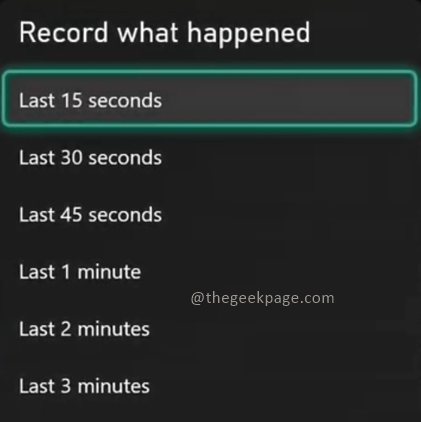 Step 1: While playing the game, press the Xbox button on your controller. You will see a menu appear with different options displayed.

Note: You can move to the Capture and share tab by pressing the Rb button on your Xbox controller.

Note: You have the option to choose from Start Recording, Capture Screenshot, or Record what happened. As mentioned in the beginning the Xbox console gives you the option to record the game as you wish.

Step 1: Press the Xbox button on your controller. Go to the Capture and Share tab and select Capture Settings.

Step 2: Under Share, choose Button mapping. Under that go to Choose a button to map. Or Press and hold a button.

Step 3: In the dropdown menu, choose the Share button, press.

Step 4: Under Map to dropdown, you can choose Start/Stop recording.

Note: Enabling this feature allows you to record by just pressing the Share button on the Xbox controller while gaming. Now you don’t have to pause the game and go to the Capture and Share menu. It can also be a default setting in your Xbox so you can check if it’s already enabled.

Step 5: Go to your game which you want to record and press the Share button. You will see a pop-up that says Recording Started.

Step 6: To stop the recording, press the Share button again. You will see a pop-up that says Recording Stopped.

This feature will enable game recording on your Xbox console. Additionally while recording you may want to check out the Game Resolution as the higher resolution will take more memory space.  You get the option to change the gaming resolution Preferences and Capture page. The recommended resolution would be 1080p for recording purposes.

Tell us in the comments which method you prefer to record videos or capture screenshots on your Xbox. Thank you for reading. Happy gaming!!