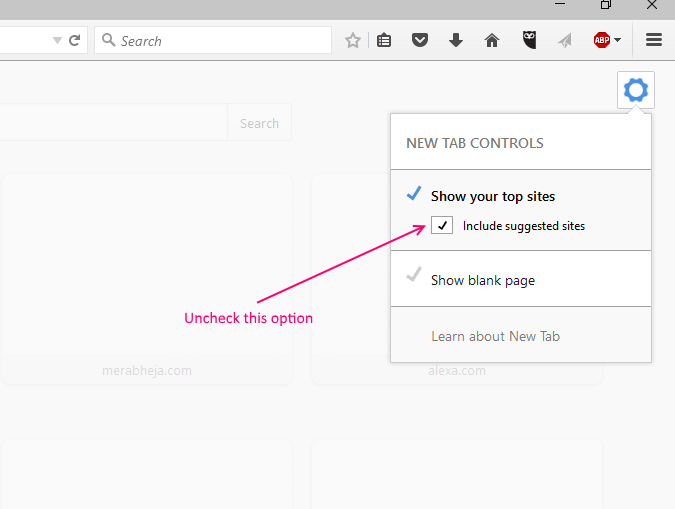 Step 4 – If you do not want even the top sites feature, then you can click on show blank page also. Top sites are those sites which you visit the most in Firefox browser.

You have just disabled the suggested sites feature in Mozilla. If you want to enable it again and feel generous towards mozilla, then click the gear icon again and check the option again.