Users have reported an issue with Windows 10 devices, where interconnected devices stop working suddenly. After research, it has been found that these devices were using DisplayLink technology. This technology is used to connect display devices to systems which support USB’s or WiFi.

The possible causes of the issue are as follows:

1] The DisplayLink driver is corrupt: We understand that the issue is with the hardware, thus, the drivers need to be checked.

2] Windows Update updated the DisplayLink driver such that it has gone bad.

3] The DisplayLink driver is connected to a USB 2.0 port, however, the display device needs more power, thus straining the setup.

4] The USB ports could be bad.

1] Update Windows again. If a previously installed Windows update corrupted the driver, Microsoft might push the fix through another Windows update. Here’s the procedure to update Windows 10. However, rolling back the previous update won’t help.

2] Try plugging the device to a different USB port. Use a USB 3.0 port this time.

3] Run the Hardware and Devices Troubleshooter.

Thereafter, proceed with the following troubleshooting:

Visit Intel’s download center and use the option to update all the drivers in the device automatically. This would update all associated drivers.

While we updated the drivers from Intel’s downloadcenter, in case the USB drivers got corrupt, we might need to update them separately.

2] Locate the Universal Serial Bus Controller drivers. Right-click and update all of them. 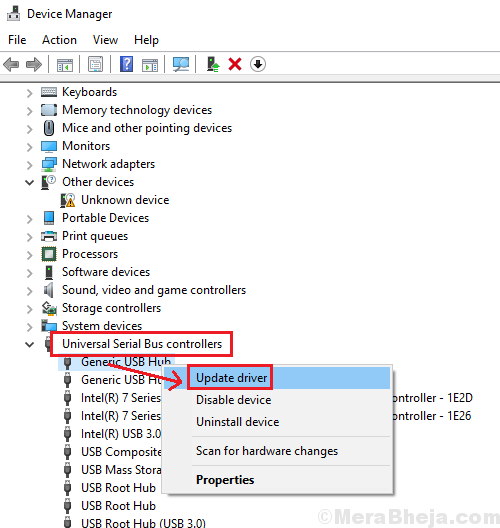 3] You might also consider uninstalling the drivers and restarting the system.

4] The drivers could also be downloaded from the manufacturer’s website.

1] Press Win + R to open the Run window and type the command appwiz.cpl. Press Enter to open the Programs and Features window.

2] Right-click and uninstall the DisplayLink software and restart the system.

Nvidia Share (ShadowPlay) which is used for gaming is known to cause the above-mentioned issue with monitor. Hence, we could disable it temporarily to check if it was the reason behind the problem.

While rolling back the drivers would be of little help in this case (since the drivers are already corrupt), system restore could help. Here’s the procedure for restoring the system to a previous restore point.