You usually connect to your router’s WiFi Daily and use internet until and unless you have evil intentions to use someone else’s WiFi. If you use daily one or two WiFi only, it will be a better idea to block all other WiFi networks from appearing in your available WiFi network’s list.

Here, i will tell you how to block all other wifi network names from appearing and show and use only your frequently used WiFi network.

How to block other WiFi Network signals

2 – Now, write the command given below and hit enter.

Similarly , run more commands to add few more wifi signals which you want to allow on your windows PC and which you regularly connect on your PC.

3 – Once you have added all the allowed wifi networks in the list, run the following command given below to block all other wifi signals.

That is it. Now , you have blocked all other WiFi signals on your PC.

How to undo filtering and blocking of WiFi Signals

You may want to undo this operation in future due to travelling or some other reason. To undo above operation and make everything back again to default, just run the commands given below.

remove also the allowed wifi signal from the whitelist.

Just replace your wifi name in “YOUR WIFI SIGNAL NAME” in the command.

How to View Your current Filters

How to block a particular WiFi Signal only

To block a particular WiFi signal only, just run the command given below.

That is it. Now, only your desired wifi signals will appear in the list. 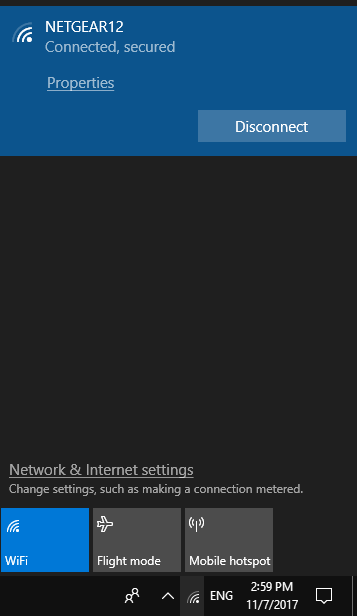