How to Troubleshoot Only Microsoft Edge Has Access to Internet on Windows 10: – After upgrading your system, if you can connect to the internet only by using Microsoft Edge, then your device has some issues related to networking. When you hover mouse over the Internet access icon, it shows Connected status. But you can’t use Google Chrome to open some website. It shows the error message; “This webpage is not available” “ERR_NAME_NOT_RESOLVED”. 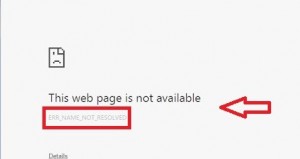 Other browsers like Mozilla Firefox would not have loaded the webpage you wanted. The reason for this could be an incorrect DNS. Or your TCP/IP stack was corrupted during the upgrading process. You can fix this problem by resetting TCP/IP stack to its default settings. To do this, follow the steps below: 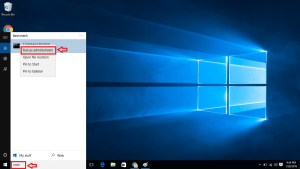 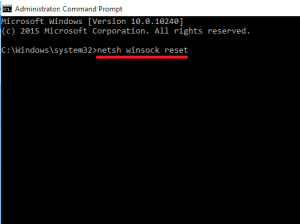 The command Netsh winsock is done to reset the winsock catalog back to clean state or default setting. 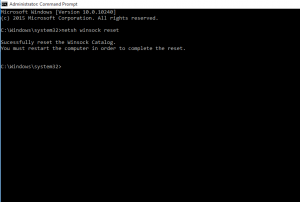 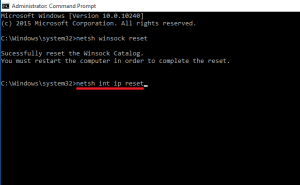 You will be able to open the browsers such as Chrome and Firefox upon restart. These commands reset a list of settings. For some commands, you will find Access is denied message. Do not worry. Most of the settings that we need will be reset. Next time you face trouble connecting to internet, it could be due to this issue. Try the following steps. Type these commands in Command Prompt. Your issue will be solved. Now go ahead. Happy Browsing!