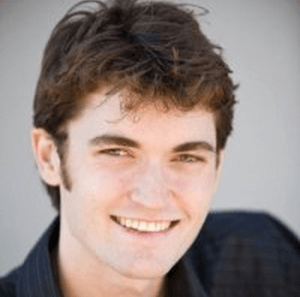 Ross Ulbricht a 29 year old ,  got a lifetime sentence for running a website SilkRoad, the largest Drug Dealing website in the world.  Story of Ross is not similar to young silicon valley web entrepreneurs who sold their hugely funded web startups to Big web 2.0 giants and become millionaire overnight. Ross’s Story is of a 29 year old who  bought the tickets for a wrong ride and finally paid the price for it. The website replicated ebay kind of eCommerce websites but for illegal things. The daily income of Ross Ulbritz was more than $20,000/ day from around 10% commission on drugs sold in BitCoin currency. The website earned $1.2 billion in revenues till it was shut down by authorities.

Before he became a gray character and built the most wanted illegal website on earth named Silk Road, Ulbricht was a bright kid who won third grade Math Olympics and got full scholarships at Pennsylvania State University to study Physics . But eventually he lost interest in Physics . It was not he wanted to do in life. He was unable to cope up with the idea of him being an employee sitting in  a lab somewhere. He started a Used Book Business for sometime and closed it in a short span of time. In due course of time he got interested in free market economy. In an economy, where government is just a watcher and do not use force to regulate trade. His linkedin page states :-

Now, my goals have shifted. I want to use economic theory as a means to abolish the use of coercion and aggression among mankind

And things started getting shape. He thought of creating an online market place for things which are strictly banned by Government. He wanted to create a website where people can buy anything anonymously, with no trail whatsoever that could lead back to them. Initially Ross took a flat payment when seller created an account, but as the transactions started flooding, he created a commission structure of 10% of the total sale amount. He also implemented rating like eBay to ensure that buyers know sellers before paying .

Now, why was he so confident of not getting caught. Its because of software like TOR and subsequent evolution of Darknet websites. These Hidden websites existed in Deep web where you can not reach via Google search. These websites themselves don’t want to get indexed as they deal in illegal things. These Darknet websites can be opened with the help of Tor Browser which uses a random path for web requests based on volunteers nodes . Now when you use Tor Browser, you become completely anonymous theoretically. The data you send over or receive back is encrypted and your identity is protected from the server as well as agencies like NSA. No, one can track your activities online. Also the currency used on these darknet websites is BitCoin, so even the flow of money don’t leave footprints to spying agencies.

Silk road was riding high on the anonymity wave and Ross was the leader of it. According to a study nearly 20% of the America’s addicted population Bought from Silk Road website. For a Long time, No one knew who created Silk Road. Its admin was known as Dead Pirate Roberts. But no one knew who DPR really was.

Now, If you are building this kind of website, you can not outsource it. Unfortunately, you will have to code it from scratch, so that no one knows what you are going to build. Ross Did the same and started writing the code in PHP and occasionally sought for help online at stackoverflow. 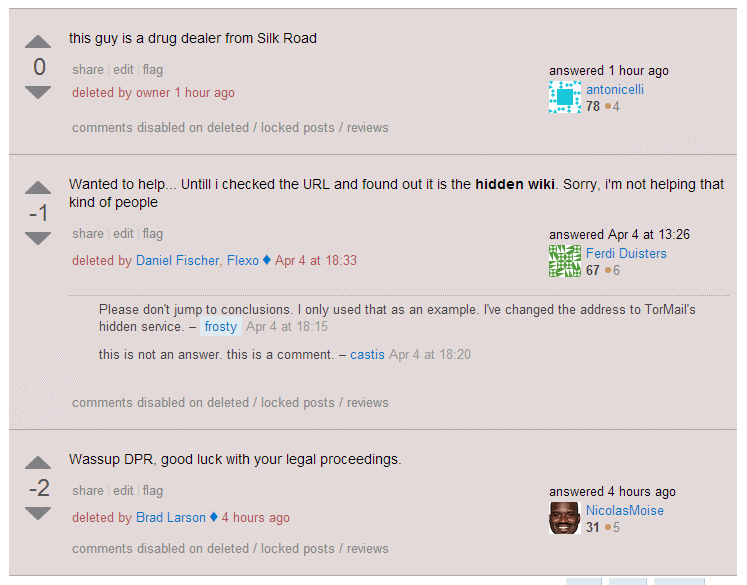 Now, these things are sold via bitcoin in a Darker part of web, where no one snoop you. The packages were shipped via Courier services right under the nose of FBI and Police authorities. That is the reason why he seems to inquire on his Google plus page about it on April 10, 2012. 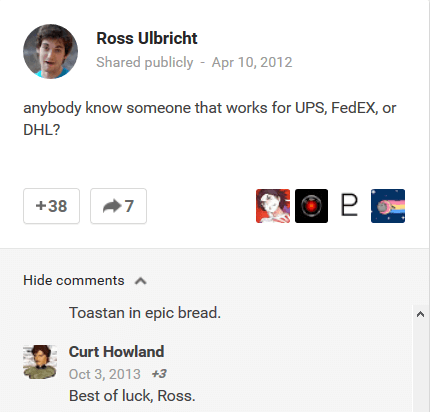 Now Silk Road was never advertised on web as told by its Founder Ross. He wanted the website to grow via word of mouth publicity and it really grew by that. People who bought from here never went elsewhere. The customer of this website were addicts and they wanted the product at frequent intervals and hence they became its loyal customers. At one time it attracted 2 million visits a month. Products also started getting diversified from addictions to Guns to contract killings. It was a Dark world where you can roam freely and do whatever you want and no one will give a shit. It was like a different country altogether where no laws of world existed. And Ross was their hero, their messiah who was making millions out of it.

Ross Ulbricht was amateur 29 year old webmaster, when he launched the portal, but eventually he became aware that he will have to be very specific about being anonymous.  He knew what he was doing it and what are its implications. He lived a low profile life and moved out of his parents house from Austin, Texas to San Francisco. Among his friends he lived like a normal human being and never let anyone know that this gray haired handsome person is the creator of a dark world. He also told his friends to call him josh. Among his friends he was a sober and kind guy.

How Ross UlBricht was Nabbed

During his Reckless Journey, Tor software helped him a lot in being untraceable . But, Ross made  few mistakes which led to the creation of trails and later to his arrest.

Investigator  Der-Yeghiayan informed FBI that there is a very large chance that a 31 year old Guy named Ross Ubrich living in San Francisco can be DPR. But they wanted to nab him logged into his web admin account on Silk Road Website.

Now One day , The investigator posing as a silk road seller initiated the chat with Admin of Silk Road i.e. DPR telling him to check one of the flagged messages on the website.

The following conversation took place between the two on the silk road website’s chat program.

Der-Yeghiayan as Cirrus – are you there?”

“how are you doing?” – Der-Yeghiayan.

“good , can you check one of the flagged messages for me?” – Der-Yeghiayan.

It was a plan to nab him on spot,  logged into his admin account. Dread Pirate Roberts was now signed in to both the chat and the Silk Road website. FBI agents just entered the library and  caught him with his laptop and arrested Him.