Well fractions can be really scary, I must admit. To add fractions is scarier even. It seems like they are the starting point of the scariness of the world of mathematics. Until you realize that dealing with fractions is also as simple as dealing with natural numbers, if you know the trick.

1. First let us understand the terminology of fractions before moving to steps to add fractions. A fraction has two parts- numerator and denominator. If you really want to become a scholar in Fractions you may visit the Fraction page on Wikipedia. 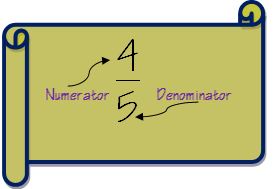 In such a case we just have to add the numerators and denominator will remain the same. 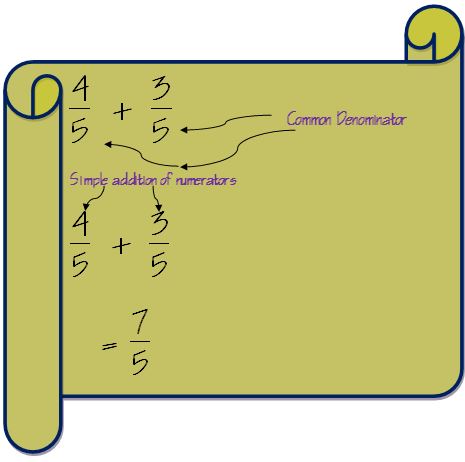 How to find least common multiple

First write down the prime factors of the two numbers separately. 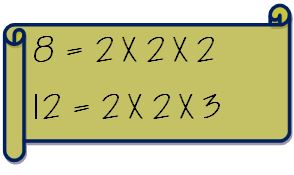 Now take out the common factors and multiply it with the non-common factors. So the LCM of 8 and 12 will be calculated as follow.

3. Make both the denominators same as the LCM by multiplying with suitable numbers.

4. If we have multiplied the denominator by a number then we also need to multiply the numerator by the same number as well to keep the fraction intact.

5. By performing these steps we get two fractions whose denominators are same. So we just have to add the numerators like we did in our earlier example.

7. We have to check if there is any common factor between the numerator and denominator or not after addition is performed.

8. If there is no common factor then we can report the result as our final answer.

This method will also give us the desired result but it is not suggested for fifth grade students who want to learn to add fractions.

1. Convert both the fraction into numbers by dividing numerator by denominator

2. Now it is simple addition of two numbers

3. Add the two numbers to get the answer